It's been the kind of gardening year that makes gardeners appreciate the good ones. First it was flooding and super cool temps, then it was extreme heat, and then drought and extreme heat. No one I've talked to locally has been happy with the results. A lot people who have been gardening for more years than I've been alive have quietly let their gardens go this year. I don't blame them--my water bill last month was awful. But I sank my heart into this project every year and I get attached.

As usual, rough situations have a lot of teachable moments if one is receptive to them. I learned that watering plants is about more than just providing hydration--it's also about keeping the soil cooler. I learned what heat stress is and how to prevent it, as well as how to help the plants heal from it. And last but not least, I learned that it is perfectly okay to start over. I pulled up half my garden in early July and replanted.

This year the pests were worse than I've ever seen them--Japanese Beetles, Aphids, Squash Bugs, Vine Borers, and Fruit Worms, were out enforce and were devouring everything in sight. None of my organic solutions worked, and I finally broke down and took (by my standards) extreme action. After visiting with a friend who keeps bees, I learned how to safely apply liquid Sevin (at night after the bees have all gone home). Armed with my pump sprayer (which is usually filled with soapy water mixed with things that taste bad to bugs) and a flashlight, I went out just after dusk and sprayed. I only had to do this three times over the course of six weeks and my problems were solved.

Within the last two weeks, I've seen my garden turn a corner. After an entire summer with little to show for all my work, I'm seeing the fruits of it everywhere. Tomatoes are bearing, there are baby cantaloupe, the pole beans are blooming like crazy and the pumpkin vines are galloping across the garden. My squash plants are standing tall and ready for their marching orders.

Early this morning, after two inches of the most amazing rain, I slipped out to take some pictures. Everywhere I turned I saw the word "Yes" etched into leaves and blooms and vines. 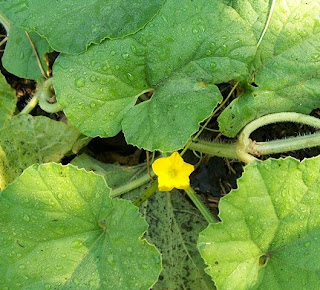 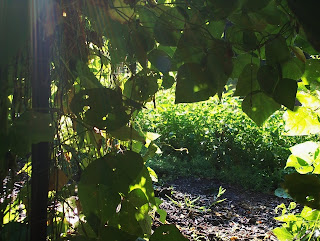 Bean Cave (Kinda like the Bat Cave--only no Bat Mobile) 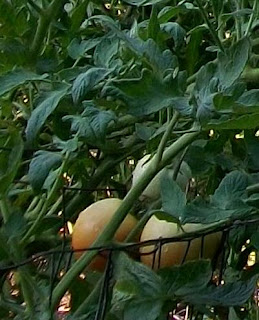 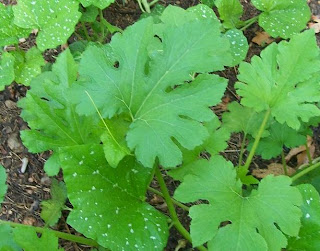 Pumpkin Vines (I think . . . One of these days I'll learn to tag the markers) 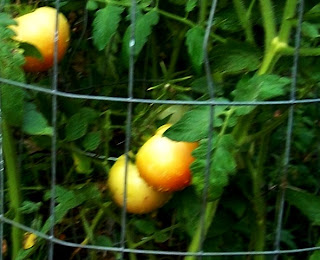 More tomatoes (I wish this one had come put better) 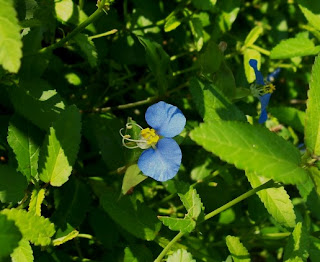 Asiatic Dayflower--came in a packet of native wild flower seeds, which is ironic as it's not native, nor is it actually wild.

This has been a tough year for gardeners, for sure! Several veteran gardeners (who count on canning their produce) called it quits when the rain came not and the heat came by the bucket loads. I don't know of two days together where the high temps have been below 100 for about a month. In fact, today was 105 and tomorrow will probably be higher. We DID have a tiny sprinkle of moisture, however, today--while my husband was using the sprinkler. It was rather miniscule, but I have to say that rain DID come down from the heavens over our property. I am grateful and do give thanks and will ask for a little more. Encouraging pictures. I hope you have a bounteous harvest!

Hi PW! I've known a lot of people who threw in the towel this year and I don't blame them at all. It just wasn't in me to do the same.

I sure hope you guys get some rain soon. I'd say everybody south of us is way overdue a break.