This is probably my fault

Years ago, when the boys were younger, we decided to make an annual tradition of our Easter pictures. This way we could send them to relatives who don't see the boys very often (specifically my Dad). When they were thirteen and younger this was easy: 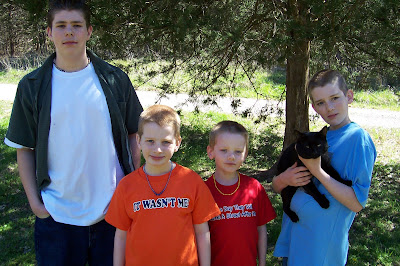 As they grew older and more self conscious, it got harder to get a "natural" shot. So I stood behind Gary (who was growing impatient) and clowned around, sticking out my tongue, etc. Sam, who was just a little guy, got right into the spirit of things. This was the result: 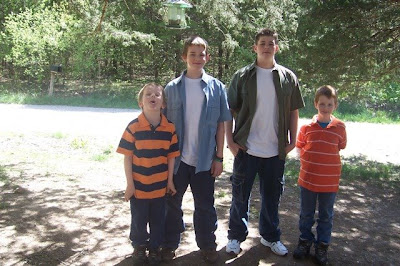 He did finally get a straight shot and it's nice, but I made the mistake of saying that it was my favorite picture. This set the tone for many family photos and I could never quite undo the effect.

Fast forwarding through many years of Easter pictures to present day. It's raining here so I took multiple shots of the boys in the house (I hate taking pictures inside, but more on that later). For the life of me, I could not get them to stop clowning around. What was worse, they did it just when I snapped the picture so I didn't see it until after I'd taken it. (For the record, all the people in these photos were sober, except for a slight overdose of Easter candy). 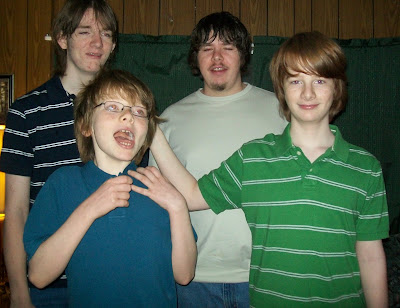 And then there was this one. Daniel had clearly broken into the the blue berry coated chocolate malt Easter eggs. 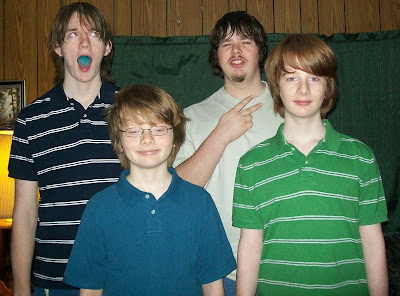 After two more shots, I gave up and rushed out the door to church (late, of course). When we got home, I noticed that the rain had paused so I handed the camera to their Dad and said

--Please give me one picture I can send to my father without cringing.

Not a problem, said their Dad in a tone that told me that he thought I wasn't being tough enough on them.

The effects of the Easter Candy high had worn off and they were more or less ready to settle down. More or less. Joe's eyes are not closed; he's crossing them. Gary didn't notice until I pulled it up on the computer. By this point it was raining again. 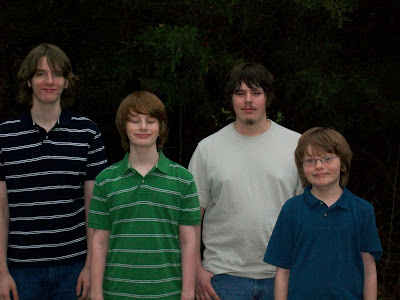 I promise you, these are the same kids who answer "yes ma'am" and "no ma'am", who wouldn't dream of outright disobeying us without expecting some kind of consequence, who are so well behaved that people comment on it. They have good hearts and are kind, sweet kids . . . I swear . . . But there is something about the presence of a camera combined with holiday spirit that produces this.

All being fair in love and war, I informed them that I was sharing this year's pictures with the world. And, further more, I plan to show all these pictures alongside the naked baby pictures to their first serious girlfriends, just so they know what they're letting themselves in for. I'm pretty sure it's genetic. Go ahead. Ask me how I know this. 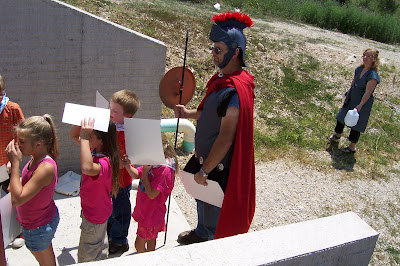 Remember, Mary, nobody remembers the "great" pictures. It's the goofy ones that everyone remembers--and loves! Have the fun and love it!

Oh my - mind you, at their age the girlfriend threat surely has no weight, does it?

Yep, the warmth shines through in the "goofy" photos. You have a great-looking family, silly expressions and all.

That's roughly what my mom said this morning, PW. :)