He Got the Job

The computer shop called last night. Jeremiah starts work on Wednesday. Thank goodness. I had begun to prepare him for the fact that they might not call, that he would have to start looking for something else--really soon.

I've watched him undergo some curious tests over the last several days. After several months of no one asking, out of the blue, an older lady from our church called and asked if he could help her with a computer problem. He could and did it without hesitating. Interestingly enough, the same day a refund from the college arrived--paying the difference between what his classes cost and what the scholarships offered.  This is enough to pay his gas for three weeks, plus his insurance.

The real estate agent who represented us in the purchase of our home nearly ten years ago called over the weekend. I hesitate to call him a friend as he is not someone I seek out for companionship.  He's subject to frightening, out of control rages that include foul language, screaming, and throwing things--often set off by what appear to be minor frustrations. But we've also seen his decency and loyalty in action on more than one occasion. Buried beneath that anger is a good man trying to get out. So Gary looks in on him occasionally, helps him with odd jobs to keep communications open. I keep my distance. He made my mother cry. It's a long story.

So, after several months of silence, when he left a message on our answering machine literally begging for help with his computer we couldn't just ignore him. All his clients' records were on it. He was desperate. Could Mary please help? A feeling of dread knotted in my stomach. Before I could respond, Jeremiah spoke up. "I'll do it."

"Do you remember what he can be like if things don't go his way?" I asked.

Jeremiah called him up and spoke to him. 'Went out to pick up not just the original system, but one a neighbor sold him. Diagnosed the problem with the original one. Discovered the one the guy had just bought is defunct too. Jeremiah has to call him up today and tell him what the problems are. Gary and I will stand behind him in case of fire. We suspect this may be an important lesson for my son of the oh-so-forceful never-say-die personality (I have nooo idea where he got this from . . . ). A lesson in how to respond to anger without getting angry yourself.

When the grocery store laid him off,  he and I talked.  I told him that I've had one prayer over the years that has always been responded to with "Yes." Always. Without fail.

It is good to see that this continues to hold true for him. 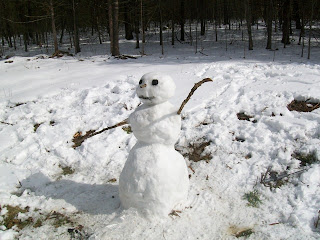 *With Arms Wide Open"  (lyrics and music by Scott Stapp and Mark Tremonti)
at February 02, 2010