When I ask my oldest to take a picture for me, he often fusses at me for focusing on price over quality as he attempts to use it.  I then point out to him that my doing this has enabled me to feed him pretty well over the last nineteen (almost twenty) years. When he finally hands me back my little Kodak he invariably replies, "Yeah well. Your camera still sucks."


Yeah. It does, when used by the wrong person. But what he doesn't know is that in the right hands, it's magic, catching scenes no one else sees.  For instance, in the wrong hands this picture would look like a snow man built by an eleven year old: 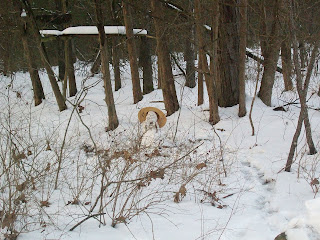 But in the right hands, seen with the right eyes, this is easily recognized as the Snow Queen peering at her subjects through the woods. She is a modest lady who does not want to disturb their play with royal demands. She loves children and is attracted by their laughter, the building of snow forts and the flinging of snow balls. 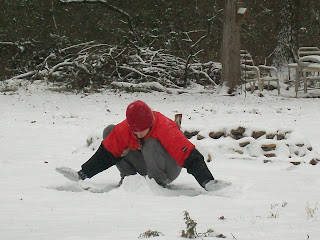 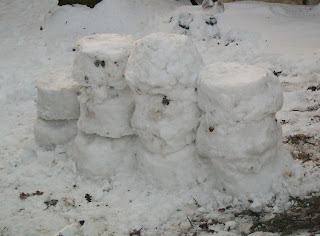 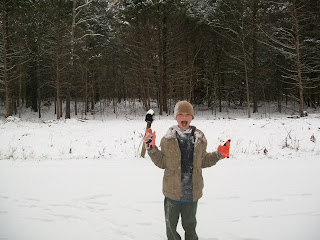 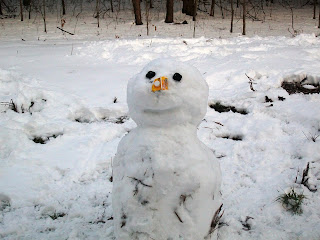 This fellow is in the witness protection program and is unwilling to divulge his real name. He says he's just passing through on his way to the North Pole.  Personally, I think he should consider a different disguise.
at January 31, 2010

I've got a sucky little Kodak too.

We should start a club, Debby. Though I'd say you are better with yours than I am. :)